A Bustle in Your Hedgerow 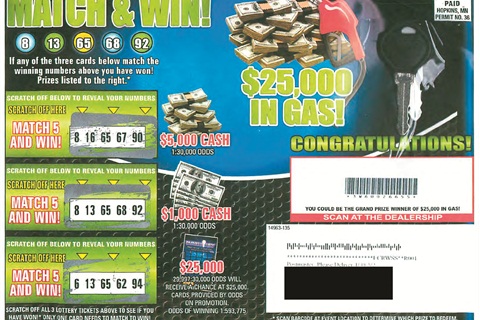 In Led Zeppelin’s “Stairway to Heaven,” Robert Plant sings, “If there’s a bustle in your hedgerow, don’t be alarmed now, it’s just a spring clean for the May Queen.” More than a light dusting or even a major spring cleaning, the Federal Trade Commission (FTC) has our industry in the crosshairs, and it’s coming after some dealers with a vengeance. It is targeting dealers who have created allegedly deceptive and misleading advertising. Over the last few years, nearly 20 dealerships and groups have been penalized and sanctioned, with 10 lawsuits filed to date under the FTC’s current campaign.

The current scourge was officially announced in a press release on Jan. 9. Using language befitting a military operation, the FTC described the campaign as a “nationwide sweep focusing on the sale, financing, and leasing of motor vehicles.” It even has an official name: “Operation Steer Clear.” You can find the full story under the “News & Events” tab at FTC.gov.

Most of the dealerships charged have agreed to settle with the agency in 20-year consent orders. Far from a slap on the wrist, this means that if any of the dealerships involved commit any advertising misconduct in any newspaper, television or radio spot, or in direct mail or online in the next 20 years, they will be fined $16,000 per violation for every day the violation occurs. How that relates to a 10,000-piece mailer or a broadcast commercial, I’m not sure.

This story is not “new” news, but now the other shoe is about to drop. There’s a lot of informed speculation right now that another campaign is intensifying and another round of investigations will begin soon. The smart money says they’re coming and retailers need to be aware. The G-men are more sophisticated and intense, and they’ve stepped up these operations dramatically in the last few years — especially concerning online advertising.

What they’re looking at centers around disclaimers in ads, omission of information, non-disclosure and small print or unreadable print in the disclaimers. I once joked that the asterisk was created just for car dealers and furniture stores. Its appearance at the bottom of an ad is a clear signal that all the information above it is bull crap. 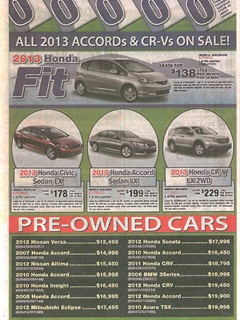 The simplest rule is this: If the ad is intended to trick or confuse the customer, that is illegal and a deceptive trade practice. There’s never a need to lie, cheat, sneak or deceive to sell cars. Here are a few examples of subtle and not-so-subtle tricks that have put dealers in hot water:

Aggregate Discounts: Have you ever seen an ad that included a disclaimer listing every combination of manufacturer and lender incentive, from military rebates and college grad programs, to senior discount, brand loyalty and lease loyalty rebates? I have seen as many as eight or nine programs in a single disclaimer — totaling thousands of dollars in discounts — even though we all know there is no way anybody can qualify for every program.

Used-Car MSRPs: One of the dealers charged by the FTC was advertising a pre-owned car as 25% off of MSRP. The ad implied that the unit was new and included a small disclaimer explaining that it was not. No asterisk could save that campaign.

The Payoff: I happen to disagree with this one. Then again, they’re the law and I’m not. You can no longer say, “If we make a deal, we’ll pay off your trade no matter how much you owe.” In other words, you can’t advertise rolling the trade inequity into the new loan. Yes, you can still do it when the customer is fully disclosed. You just can’t say so in your advertising.

The Loss Leader: Here’s one that has burned a number of dealers in the past: You can’t advertise a loss leader on a specific, stock-numbered vehicle if you only have one or two that meet the ad price. The old joke in the car business used to be that you’ll be fired if you sell the ad car. Well, they will prosecute your dealership if you put an ad up on a loss and you only have one or two. I assume this is intended to regulate new-vehicle sales, but if you have a row of similar used units, proceed with similar caution.

Hidden Balloon: Most of the charges against the dealers center around Truth in Lending violations, Regulation Z and Regulation M. Outliers include the dealer who neglected to mention a $5,000 balloon payment — just what was he thinking?

No Contest: Another new standard that struck me as a no-brainer has to do with contests. If you advertise a contest, and every piece you send out is a winner, and you don’t give anyone the prize, you can get in trouble.

More Money Down: Advertising “No Money Down” in the large print with a low payment and then disclosing that it’s a lease that requires $3,000 in fees and taxes in the small print will get you on probation for 20 years. 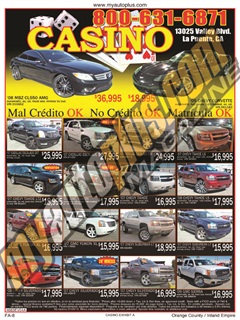 Motor Mouth: Have you ever heard a radio commercial that starts or ends with some guy reading the disclaimer incredibly fast? Don’t try to tell me the dealer didn’t know this was bogus before he recorded it. The ad promised monthly payments of $99 for a new Kia and very hurriedly mentioned that payment amount was only good for the first two months. The remaining 70 payments were $521 a month. Who would’ve guessed that could be a problem?

The bottom line is the bottom line. You don’t have to be bogus to succeed in retail. In most of these instances, I have to grudgingly agree with the FTC that these dealers knew the ads were deceptive and confusing. They designed the ads that way on purpose. There are some instances where I believe they went too far in their interpretations, but, in most cases, they had a valid point. We need to clean up our act.

And remember this: If you hire a vendor to do your advertising, especially online lead providers and direct mail companies, you are liable for the content of the ads and mailers and responsible for the legal consequences.

Jim Ziegler is the president of Ziegler SuperSystems Inc. Email him jim.ziegler@bobit.com.