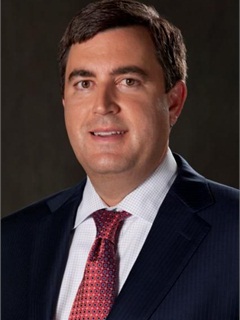 DETROIT — Ally Financial Inc. announced today that it has named Jeffrey Brown to the role of president and CEO of the company’s Dealer Financial Services business. He will replace William (Bill) Muir, who will retire by the end of the year.

Brown, who currently serves as senior executive vice president of finance and corporate planning, will oversee the company's automotive finance, insurance and auto servicing operations. He will continue to report to Ally CEO Michael A. Carpenter.

"Ally is fortunate to have a very strong management team that has helped to guide the company through a highly complex transformation over recent years," Carpenter said. "Bill has been instrumental in transitioning Ally's Dealer Financial Services business from its captive roots to a market-driven competitor that remains a leader in the industry. I want to thank him for his extraordinary leadership and his commitment to the business and Ally's dealer customers.

Brown's current financial responsibilities will be transferred to Ally CFO Chris Halmy. With this move, Halmy will have responsibility for all of Ally's finance, treasury and capital markets activities.

Brown was appointed senior executive vice president of Finance and Corporate Planning in June 2011 and has played a leading role in strengthening Ally's capital and liquidity profile, executing on the company's strategic transformation efforts and repaying the U.S. taxpayer's investment. Brown joined Ally in March 2009 as corporate treasurer, having previously served as corporate treasurer for Bank of America.

"JB is a proven leader and has been a critical force in helping to implement Ally's strategic transformation,” Carpenter noted. “He has worked closely with the Dealer Financial Services team and, in his new role, is committed to advancing Ally's leading dealer-centric business model. JB has a customer-focused mindset, and I am confident he will be a very effective leader for this business in the next chapter of Ally's evolution."