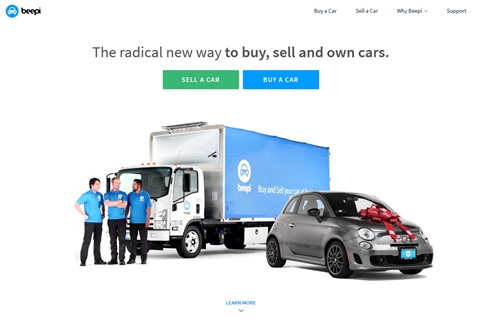 MOUNTAINVIEW, Calif. — Scott Painter is back. The founder of TrueCar, who stepped down as CEO last December, is now part of a group of industry veterans aiming to launch a new mobile car-buying platform called Fair.com.

On Wednesday, TechCrunch reported that Painter’s new venture has added online used-vehicle retailer Beepi, which launched this past July “to create a better-than-reality experience.” The Mountain View, Calif.-based firm was one of a slew of well-funded startups, including Vroom, Carvana, and Shift Technologies, that has attracted more than $850 million in venture-capital funding.

According to TechCrunch, Beepi has burned through nearly $150 million in funding before the media outlet reported yesterday that the online retailer is shutting down its operations outside of California, laying off 180 staffers, and merging with Fair.com. Beepi’s remaining staffers, which TechCrunch put at 80, will join Painter’s company, including Beepi cofounder and CEO Ale Resnik.

According to TechCrunch, Fair.com is being fronted by Painter, George Bauer, formerly of BMW, Mercedes-Benz, and Tesla, and Fedor Artiles, formerly of Mercedes-Benz, Chrysler, Volkswagen, and Tesla. The firm’s website doesn’t offer many details on when the company will launch or how the service will work. However, with the addition of Beepi, it doesn’t look like Fair.com will operate as a third-party lead service.

“At Fair, we put you first, not the car. That’s why we give you a personalized monthly payment range based on your finances, then show you all the best cars for your buck that won’t break the bank,” the firm states on its website.