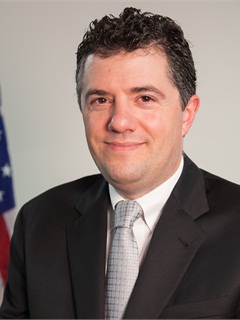 WASHINGTON, D.C. — The Consumer Financial Protection Bureau is losing its No. 2 official. On Friday, a bureau spokesperson confirmed in an email that Deputy Director Steve Antonakes is stepping down from his post after nearly five years with the bureau.

Antonakes joined the bureau in November 2010 as the assistant director for large bank supervision. In June 2012, he was was named the associate director for supervision, enforcement and fair lending — a role he maintained after he was officially named deputy director of the agency in September 2013.

Early Friday morning, an internal memo Antonakes sent to CFPB staff was acquired by a number of media outlets, including HousingWire. In it, Antonakes cited a need to spend more time with his family in Massachusetts as the reason for his “bittersweet decision.”

“Having commuted from Boston for nearly five years, I have logged hundreds of thousands of miles and missed entirely too many class plays, teacher conference meetings, and little league games,” the memo read, in part. “Accordingly, I have decided to return home to Massachusetts and pursue opportunities that will ensure that I am home for dinner with my wife and family and can assist my five children with their homework.”

Richard Hackett, the former assistant director of the CFPB’s office of installment and liquidity lending markets, cited a similar reason for his departure from the bureau back in 2013. The one-time regulator, now a partner at the law firm of Hudson Cook, said his salary at the bureau wasn’t enough to relocate his family to Washington, D.C.

“On my own nickel, I spent $50,000 a year to fly and house myself in D.C. every week,” Hackett told F&I and Showroom back in April 2014. “That’s not an exaggeration. You figure out what an apartment in D.C. costs, plus 26 roundtrip tickets. Then add taxes on top of that, because it’s not deductible.”

The bureau’s director, Richard Cordray, told staffers in an email that the CFPB will provide additional information about the roles vacated by Antonakes in the coming weeks. “For now, please join me in thanking Steve for his exceptional service to the Bureau and to American consumers,” Cordray wrote.