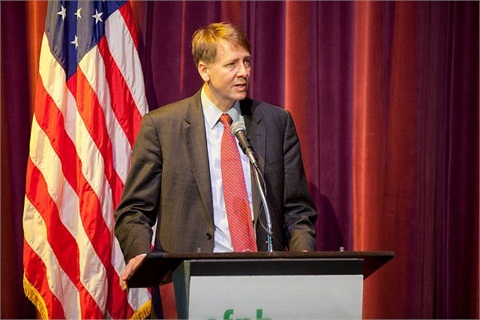 Texas-based First Investors, which primarily operates in the subprime auto finance segment, allegedly failed to fix known computer system flaws and continued to furnish information it knew to be inaccurate for at least three years. These actions were in violation of the Fair Credit Reporting Act’s Furnisher Rule, according to the bureau’s consent order.

“Consumers are harmed when companies furnish inaccurate information to credit reporting agencies. Incorrect reports on file at credit reporting agencies — such as Experian, TransUnion, and Equifax —distort the true picture of how consumers have performed on their loans,” said CFPB Director Richard Cordray in a prepared statement. “An error could make a big difference in whether someone receives a loan, qualifies for a low interest rate, or even gets offered a job. It has the potential to disqualify people for rental housing or raise their premiums for auto insurance.”

An investigation by the CFPB found that First Investors initially discovered it was providing distorted information in April 2011. The company informed the vendor but took no further action. Instead, it continued to provide inaccurate customer information to credit reporting agencies, including wrong payments and overdue amounts, distorted delinquency dates, inflated delinquencies and misreports of vehicle repossession.

“There were all kinds of inaccuracies reported by First Investors,” Cordray noted. “… In one case, it reported that a consumer was delinquent 11 times when in fact that consumer had only been delinquent twice.”

According to the consent order, First Investors must identify the affected consumer credit profiles and make necessary adjustments, as well as establish safeguards to prevent such errors in the future. The finance source must also give its customers free copies of their credit reports.

This is the second time subprime auto finance has come under the spotlight in recent months. In July, both GM Financial and Santander Consumer USA received subpoenas from the Department of Justice (DOJ) requesting information related to underwriting and securitization of nonprime auto loans since 2007.

“We will continue to monitor this market carefully,” Cordray said. “And we will not hesitate to take further enforcement actions as they are needed.”