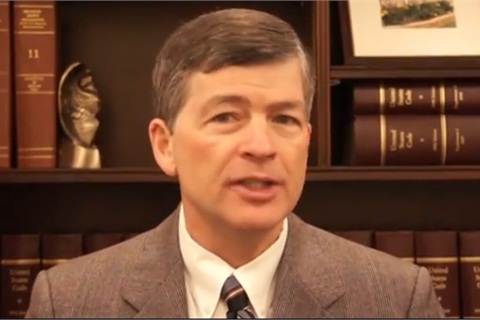 WASHINGTON — In honor of Sunshine Week, a nationwide initiative to promote government transparency, House Financial Services Committee Chairman Jeb Hensarling (R-Texas) issued a statement that called on the Consumer Financial Protection Bureau (CFPB) to be more open about its activities.

Earlier this month, the congressman challenged the bureau to disclose information about its employment practices after reports surfaced about possible racial disparities regarding the bureau’s internal management practices. He’s also been critical of the agency’s investigation of auto lending.

“Although the CFPB touts itself as a model of transparency, it actually shuts out the press, members of Congress, and most importantly, the American people from the meetings of its advisory council,” Hensarling said in a written and video statement.

Hensarling cited a Bipartisan Policy Council study issued this past September. It recommended the bureau use a more public and transparent process. “In general, when the CFPB has used not only its own research, but also an open process that enables broad and deep input, the quality of decision-making has been good,” the report stated. “… However, when the bureau has used a closed-door process to issue guidance and has not broadly gathered input from stakeholders, quality has suffered.”

The bureau became embroiled in controversy this month after an article published by the American Banker revealed that several of the bureau’s employees have filed formal discrimination claims and that fewer than half of bureau employees said they believed that promotions and pay raises are based on merit, among other findings. Hensarling and fellow Congress members Rep. Shelley Moore Capito (R-W.Va.) and Rep. Patrick McHenry (R-N.C.) sent a letter on March 6 to CFPB Director Richard Cordray. It requested information on the bureau’s employee records.

On March 7, the House Financial Services Committee issued a letter, signed by Hensarling, to Cordray. It demanded information related to the bureau’s investigation of auto finance. The letter asked Cordray to provide details on the CFPB’s methodology for determining the presence of discrimination in auto lending. It also requested specific material related to its $98 million settlement with Ally Financial by March 13.

So far, both of the requests have gone unfulfilled.

“On its website, the CFPB claims ‘Transparency is at the core of our agenda. You deserve to know what the new bureau is doing for the American public and how we are doing it.’ But clearly, this is not the case,” Hensarling concluded in a video posted on March 17 to the House Financial Services Committee’s YouTube channel.

“The CFPB is arguably the most powerful and least accountable agency in all of the federal government.”