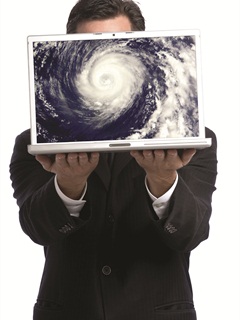 The U.S. economy was bogged down by unusually cold weather at the close of 2013, but it wasn’t all bad news. While everyone else was sloshing through the gloom, it was all sunny skies for the auto finance industry, which reached new milestones in several critical areas.

In the fourth quarter, total outstanding loan balances, leasing and average loan amounts all reached new highs. Consumers also continued to make their payments on time, with delinquency rates falling during the end-of-year quarter. The only area of concern was the repossession rate, which showed a sizable increase from a year ago. The following is a recap of key trends from the fourth quarter 2013.

Record-High Balances
Outstanding automotive loan balances jumped 11% from a year ago to $798.5 billion in the fourth quarter 2013, the highest level since Experian Automotive started publicly reporting the data in 2006. The increase in open loans spanned across all lending types, with finance companies showing the greatest year-over-year increase of 21.2%, followed by credit unions (up 13.2%), banks (up 10.5%) and captives (5.3%). 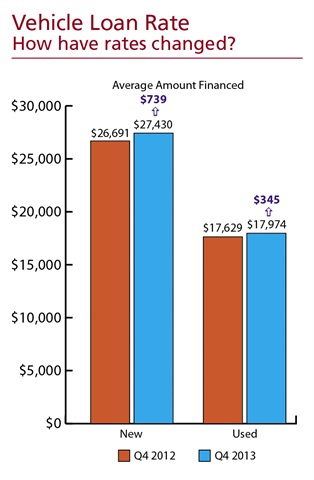 With that much money in play, it was critical that consumers make their loan payments on time. And for the most part, they did. In the fourth quarter, 30-day delinquencies dropped 3.5% from a year ago to 2.63%, while 60-day delinquencies remained flat at 0.74%.

There was one dark cloud on the horizon. Repossessions were up 42.8% in fourth quarter, rising from 0.46% in the year-ago quarter to 0.65% of all open automotive loans. However, the increase was driven entirely by finance companies, which were more active during the quarter and tend to operate in the high-risk credit segments. For that segment, the repossession rate jumped from 1.61% in the year-ago period to 2.84%. 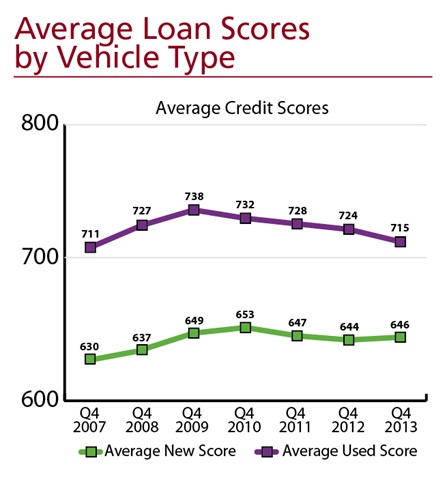 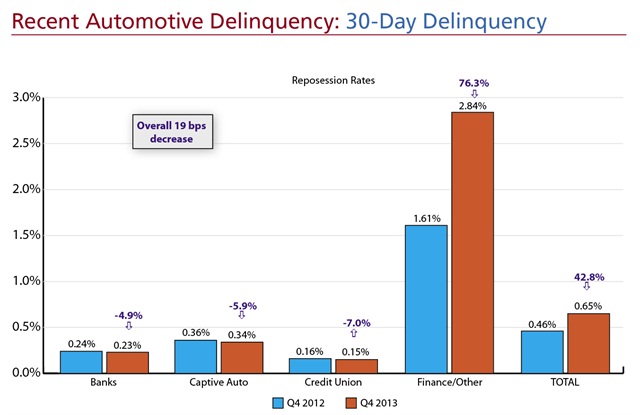 During the quarter, average credit scores for both new leases and loans decreased from the previous year. On new-vehicle leases, the average score dropped 16 points from a year ago to 719. The average score for new-vehicle loans realized a slightly smaller year-over-year decrease, dropping from 724 in the year-ago period to 715 in the end-of-year quarter. 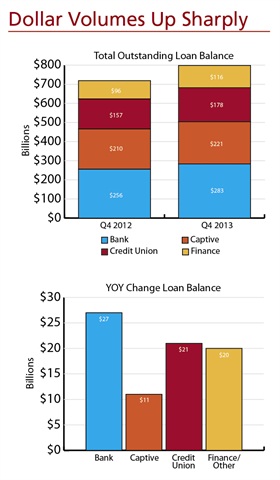 Stable Conditions
The automotive finance industry remains remarkably stable despite the easing of credit standards. What that means for credit-challenged consumers who need a vehicle is they now have more financing options to choose from. Current trends also point to them being able to shop around for the best rates and terms.

But like anything weather related, conditions can change rather quickly. Much like a meteorologist monitors a barometer, executives in the automotive finance industry need to keep a close eye on how the trends fluctuate over the next few years. If things begin to sway in the opposite direction, finance sources will need to adjust their credit strategies.

Melinda Zabritski serves as director of automotive credit for Experian Automotive. E-mail her at melinda.zabritski@bobit.com.