Evergreen Bank Moves to Flat Fees Due to Regulatory Pressures 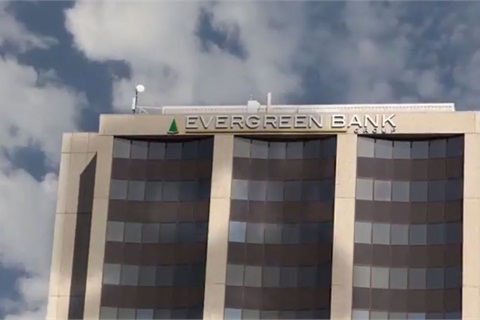 CHICAGO — Evergreen Bank Group became one of the first finance sources to adopt a flat-fee compensation model due to regulatory pressures. In a statement issued on March 4, the finance source said it eliminated discretionary pricing options for dealerships.

The statement was issued after the Federal Deposit Insurance Corp. issued the bank a low rating for its compliance with the Community Reinvestment Act (CRA).  According to a public disclosure, Evergreen Bank Group’s CRA rating was “Substantial Noncompliance” due to “a substantially deficient record of helping to meet the credit needs of its assessment area, including low- and moderate-income neighborhoods, in a manner consistent with its resources and capabilities.”

The group was also charged with violations of Regulation B of the Equal Credit Opportunity Act. In a statement, the bank said the FDIC “based its findings of an alleged ECOA violation upon the much publicized and criticized theory called ‘disparate impact.’” The theory is being used by the Consumer Financial Protection Bureau (CFPB) in its investigation of the auto finance industry.

“Although the bank’s board of directors and management strongly disagree with the FDIC’s allegations that the Bank violated the ECOA and Regulation B, the bank recently opted to change its variable pricing model to a flat-fee pricing model within its indirect dealership lending program, even though variable pricing is the standard in the industry, making the bank one of the first lenders across the country to eliminate discretionary pricing options previously made available to dealerships,” the statement read, in part.

Industry associations and members of Congress have criticized the CFPB’s push for a flat fee compensation model in recent months, saying it would reduce competition and ultimately hurt consumers’ ability to secure affordable rates. At a public forum on auto lending held at the bureau’s headquarters in November, the CFPB’s Assistant Director of Fair Lending and Equal Opportunity Patrice Ficklin said the bureau does not see flat fees as an end-all solution.

The evaluation of Evergreen Bank Group covered the period between Jan. 1, 2010 and Dec. 31, 2011. It was based on a review of motorsport lending, home mortgage lending, home equity lines of credit and small business lending activities. Motorsport lending represented the largest portion of the bank’s lending activity, and such loans are originated through FreedomRoad Financial, for which Evergreen is the parent group.

“The bank’s record of motorsport lending reflects very poor penetration among individuals of different income levels,” the disclosure read. “This conclusion is based upon the very low number of motorsport loans made by the bank within its assessment area during 2010 and 2011.

Currently, the bank is in the final stages of procuring an approval for a CRA Strategic Plan to address the concerns raised about its dealership lending program.