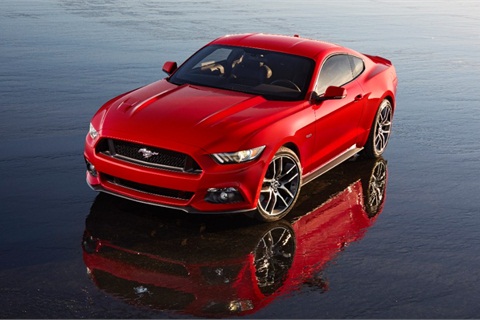 SCHAUMBURG, Ill. — The America muscle car is experiencing a resurgence, with Experian Automotive reporting today that new registrations for such vehicles has increased 35.4% over the last nine years.

Experian looked at the sales patterns of six American models deemed to be muscle cars, including the Dodge Viper, Chevrolet Corvette, Ford Mustang, Dodge Charger, Dodge Challenger and Chevrolet Carmaro. The Mustang was the most popular muscle car with more than 77,000 new registrations in the past nine years, followed by the Chevrolet Camaro with 66,000.

Experian also looked at demographics of muscle car owners, finding correlations between consumers and the cars they bought. Corvette and Viper owners, for instance, were more likely to pay in cash than buyers of other muscle cars, while the Charger was the most-leased vehicle with 12.3% of buyers choosing that financing option.

Buyers of Chargers and Challengers who purchased the cars with a loan were the most likely to have deals with extended terms. Nearly 52.4% of Charger and 29.6% of Challenger buyers had loan terms between 73 and 84 months. Experian also found that buyers of both models had the highest rates of borrowers in the subprime-risk category, with 22.8% of Charger and 18.3% of Challenger owners having credit scores of 600 or below.

By state, Texas was the biggest market for American muscle cars, with Texans being 79% more likely to buy a muscle car than in other areas. Other states where muscle cars were popular included Oklahoma, Louisiana, New Mexico and Nevada.

“The love of the Mustang combined with the reintroduction of the Camaro, Challenger and Charger has sparked a resurgence of the muscle car,” said Brad Smith, Experian’s director of automotive statistics. “While the growing popularity might run contrary to conventional wisdom, consumers are continuing to show their appreciation for a part of American history and not steering away from raw horsepower to focus solely on fuel efficiency.”