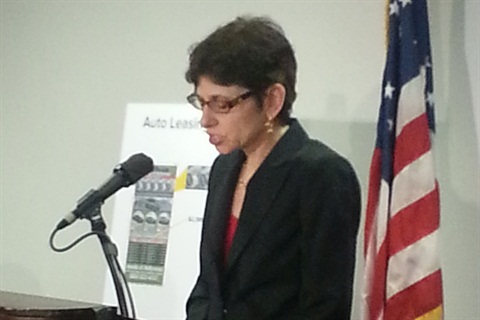 LOS ANGELES — The Federal Trade Commission (FTC) is cracking down on auto dealers for deceptive advertising tactics. The agency drove that point home today when it announced during a press conference that an enforcement sweep resulted in 10 dealers in seven states being charged with violating the FTC Act’s prohibition on deceptive advertising.

Nine of the dealers, which operated in California, Georgia, Illinois, North Carolina, Michigan and Texas, have settled charges with the FTC, but the agency is suing a 10th dealer — Courtesy Auto Group of Attleboro, Mass. — for issues related to its sales, financing and leasing practices.

Penalties were not disclosed, but Jessica Rich, the FTC’s director of the Bureau of Consumer Protection, noted that auto dealers can be subject to steep penalties of $16,000 per violation (per day) for violating the FTC Act. 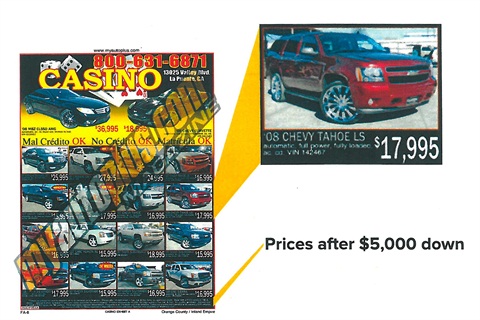 Specific violations found in Operation Steer Clear included promotions that specified low prices in the main portion of the ads when the price was actually $5,000 higher. Such ads, which stated in fine print that the low price was available to customers with a $5,000 down payment, were discovered in promotions for Casino Auto Sales of La Puente, Calif., and Rainbow Auto Sales in South Gate, Calif.

“We don’t believe customers should have to hunt around [for actual prices],” Rich said. 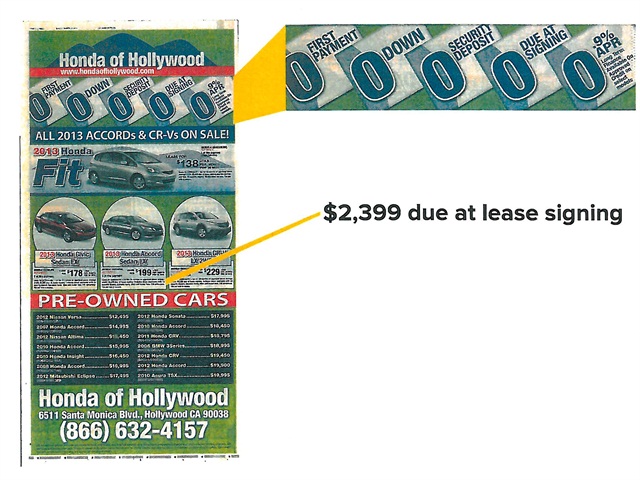 Honda of Hollywood (Calif.) and Norm Reeves Honda Superstore of Cerritos, Calif., were also charged with misleading customers. In one ad from the Hollywood store, the most visible text advertises zero upfront finance fees, while the fine print suggests additional costs of “$2,399 due at lease signing.”

Rich did not disclose the number of affected consumers, but said the number was “significant.” She also declined to disclose when the investigation began, noting that most of the FTC’s investigations take “several months to over a year.”

Despite the charges, Rich added: “There are many dealers who are honorable and want to treat their customers well.”

The FTC official said she expects there will be further actions taken against dealers in the future against car dealers, although a timeline wasn’t shared.

Rich cited the passage in the Dodd-Frank Wall Street Reform and Consumer Act — the law that created the Consumer Financial Protection Bureau when it was passed in 2010 — that named the FTC as the “primary enforcers” of auto dealers. “We took that mandate very seriously, and we are going to be bringing a lot of enforcement in the auto area,” she said. “We have a lot of investigations in the pipeline.”

The consent orders in Operation Steer Clear are subject to a 30-day public comment period, after which the FTC will decide whether to finalize them.