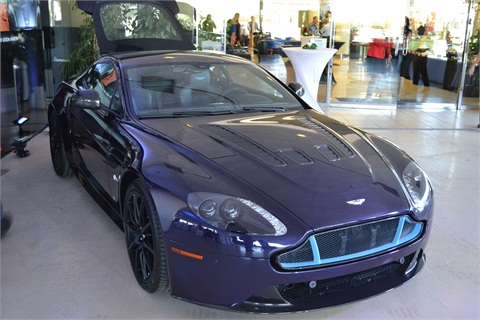 VAN NUYS, Calif. — Galpin Aston Martin held an event on Aug. 27 to announce its decision to take part in Aston Martin’s new Q program. The program will allow the dealership’s customers to completely customize their vehicles — a feature executives said would keep them coming back for more.

The event took place on an outdoor balcony and was hosted by Galpin Motors President Beau Boekmann and Aston Martin President Julian Jenkins. The initiative, they said, would give car buyers the chance to personalize their cars new from the factory with a full warranty.

“Automobiles meant for individuals rather than the mass market — that is what Q is all about,” Boekmann said.

There were four Q customized Aston Martins on display, one of which had been purchased. The customized cars had themes ranging from what officials described as “boy racer orange” to Belmont Stakes equestrian.

The stand out, however, was a champagne-colored DB9 Volante with a Barbie pink interior, officially called blush pearl leather. In the trunk was matching pink luggage.

But Q is not just about luxury for luxury’s sake; it’s also about keeping customers, officials said.

“It’s about loyalty,” said Brian Allen, general manager of Galpin Aston Martin. “It adds to the diversity that Galpin is known for.” 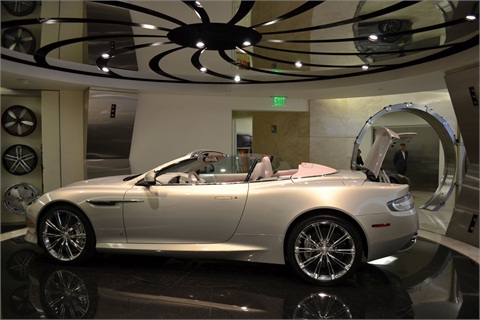 Galpin has a long history of offering customer accomodations, starting with its Horseless Carriage restaurant, which it opened in 1966 as the first in-dealership restaurant. The operation was also the first to open a full-service Starbucks.

Now it offers the Vault, a private club for Galpin Aston Martin customers where they can relax and grab a drink while their cars are being serviced. Guarding the entrance is a massive, vault-like door that requires that customer swipe a keycard to gain entry.

The Vault features a full bar with a bartender, couches and a television. The Vault will also serve as the vehicle customization area for customers who take advantage of the new Q program.

Galpin Aston Martin will be the first dealership to feature the Q program. The dealership made a substantial investment to have that designation. When asked about the investment, Boekmann said the Q program was a good match for Galpin.

“It fits in with the Galpin DNA,” he said. “This is as close to custom-coach building today as exists anywhere.”

It’s no mistake that Galpin took a lead with the Q program. General Manager Brian Allen said that since it  serves the Los Angeles market — a place where car culture and money collide in such a way that simply owning a nice car isn’t enough — the dealership has to stand out

“Today, luxury cars are usually silver, white or black,” said Allen. “With the Q program, you can have a car that is bespoke to you.”

He said people were used to hearing “No, we can’t do that,” from dealerships, but now he can tell them that “Aston Martin does it.” 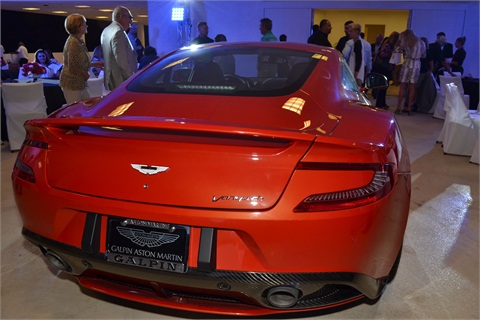 A display with samples of leather, painted panels, custom rims and brake pads stood in a corner of the Vault. Customers could look at the samples and choose from those colors or they can simply bring in their own ideas for customizing their vehicle.

Allen said that the display was mostly there to “stimulate the mind” and be inspirational. He added that if customers found a pattern or color of interior they loved, then the Q program would allow them to get what they want straight from the factory.

“If you can afford an Aston Martin you can afford just about anything,” Boekmann said. “If more people are engaged in their cars, then their loyalty goes up to what must be close to 100%.”