House Votes to Eliminate DOJ’s Use of Disparate Impact 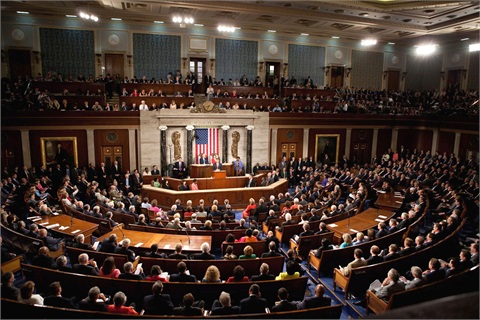 WASHINGTON, D.C. — On Wednesday, the House of Representatives passed an amendment to H.R. 2578, the Fiscal Year 2016 Commerce, Justice, and Science Appropriations Act, that would bar the Department of Justice from using funds for litigation in which the regulator seeks to apply the disparate impact theory. The legal theory has been used by the Consumer Financial Protection Bureau (CFPB) to support its actions in the auto finance arena, and is also the crux of a Fair Housing Act case currently under review by the Supreme Court.

The amendment, introduced by Rep. Scott Garrett (R-N.J.), was passed by the Republican-controlled House in a 232 to 196 vote. It would prohibit the DOJ from using funds for litigation that relies on the disparate impact legal theory. Under that theory, a policy or practice may be deemed discriminatory if it has an adverse impact on a protected group — even if that impact is unintentional.

“While everyone agrees that discrimination has no place in the lending practices of any respectable institution, the application of disparate impact theory has had devastating impacts on law-abiding businesses who have diligently maintained fair and consistent lending standards,” Garrett said in a statement after the passage of his amendment. “The federal government should be encouraging sound business practices, not punishing those that utilize them. I thank my colleagues for taking a stand for small businesses and reinstating equal protection under the laws as guaranteed in our Constitution by the Fourteenth Amendment.”

The entire bill, H.R. 2578, is expected to be voted on in the coming days. In a statement on June 1, the White House said that President Obama’s senior advisors recommend that he veto the bill due, in part, to its “highly objectionable provisions.”

Disparate impact is also at the center of a case that will determine if the way Texas allocates low-income housing credits violates the 1968 Fair Housing Act. The Supreme Court is expected to make a decision on the case this summer. If it rules in Texas’ favor, some industry experts believe it could be the nail in the coffin of the legal theory — even outside of housing policies.

The DOJ and CFPB have used disparate impact to go after auto lenders like Ally Financial, which reached a $98 million settlement with the regulators in December 2013. The DOJ and CFPB alleged that the finance source’s lending practices resulted in discrimination against minority car buyers. Ally has maintained that its policies do not result in discrimination.

“Ally’s long-time process for evaluating auto installment contracts from dealers does not include information on a consumer’s race or ethnicity,” the finance source said at the time of the settlement. “Ally assesses these contracts and sets pricing based solely on a consumer’s creditworthiness and contract characteristics.”