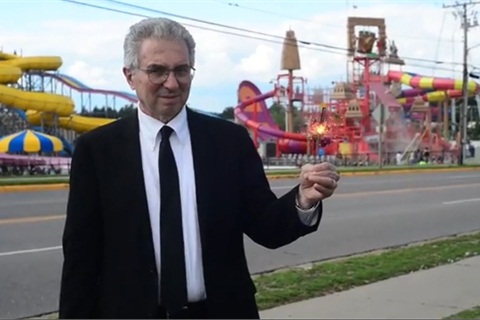 MILWAUKEE — A lawyer who filed a lemon law claim against Tesla Motors announced over the weekend that the electric carmaker has agreed to buy back his client’s defective Model S, plus reimburse $18,500 in legal fees.

Attorney Vince Megna — the self-proclaimed “King of Lemon Laws” — garnered attention for the case by posting a humorous video to his YouTube channel in April. The lawsuit, which was the first of its kind to be filed against Tesla, alleged that the vehicle belonging to Robert Montgomery of Franklin, Wis., spent 66 days in the shop for the first five months he owned it. Megna also claimed the automaker failed to respond to three separate notices requesting a refund.

The electric automaker settled just 68 days after the suit was filed, but not before it published a blog post to its website warning the public to “be aware of the potential for lemon laws to be exploited by opportunistic lawyers.” It also alleged that fuses in the vehicle had been tampered with.

“The blog was horrible,” Megna told F&I and Showroom. “It was just pure speculation. It did get their fan base motivated to call me about every name that anyone could ever think of.”

Tesla agreed to pay Megna’s client a total of $126,836 to cover Montgomery’s legal fees, the vehicle’s purchase price and other items he purchased, such as snow tires. To celebrate, Megna posted a second video to his YouTube channel.

“Hey, Vince Megna,” an off-camera voice calls in the video, which has racked up more than 20,000 views. “You just won the Super Bowl of lemon laws. What are you going to do next?”

Megna then replies, “I’m going to the Wisconsin Dells!” The video cuts to Megna and a cardboard cutout of noted Tesla owner George Clooney — which made an appearance in the first video — shooting through the air on the water park’s catapult ride.

Megna told the magazine that he was expecting a bigger fight from the automaker, especially after the company had the case moved from Milwaukee County Circuit Court to Wisconsin Federal Court. The attorney said Tesla even has clause in its contracts that states arbitration must take place in California, where Tesla is headquartered.

“I guess it was much more prudent just to stop the bleeding at 68 days,” Megna said. “There is no way they could win this case … whether it was in California or Wisconsin.”