N.Y. Dealers Targeted for Payment Packing and Other Deceptive Practices 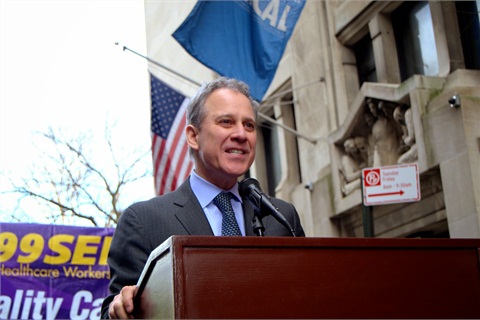 NEW YORK — Three jointly owned dealerships, which claim to be the largest combined Honda dealerships in the country, have agreed to pay $13.5 million to settle charges that they not only sold F&I products that violated state and federal laws, but also allegations that they payment packed, or “jammed,” the questionable products into customer deals.

Attorney General Eric T. Schneiderman, whose office launched its investigation into dealerships that allegedly engaged in a pattern of “illegal and deceptive behavior” in February 2014, said his probe isn’t over yet. He intends to file suit against 11 additional dealers in the state for engaging in similar practices.

“New York consumers must beware: Car dealerships sometimes pad their pockets by charging for worthless after-sale items, which inflate the price of their car,” Schneiderman stated in his office’s press release announcing the settlement. “These items are often ones that consumers don’t need, did not ask for and often are not even told about.

“Businesses need to make a profit to survive, but it’s illegal to do so by duping consumers,” he added.

The settlement is part of the attorney general’s initiative to end the practice of “jamming,” which the he described as a practice of unlawfully charging consumers for hidden purchases. The settlement is also part of a wider investigation into Credit Forget It (CFI), the provider of the credit repair and identity theft-prevention services sold by Paragon and other dealerships being investigated. According to court documents, the company sold its service through dealers to approximately 37,000 consumers in New York and other states. At least 75% to 80% of those consumers did not receive any services, according to the attorney general.

According to court documents, CFI provided dealers with contract templates for its credit optimization services and identity theft-protection services — even though the firm was not authorized to engage in credit repair services and “did not have the expertise to provide the services represented.”

The dealerships then sold CFI’s products at a high price, in some cases as a $2,000 hidden upfront fee that was added to the purchase price of a vehicle — a violation of state and federal laws. According to the Schneiderman, the Paragon dealerships sold the products to 15,000 consumers.

“… The credit repair services contracts violated specific federal and state credit repair laws designed to protect consumers from abusive practices in this area,” court documents read, in part. “These laws prohibit the collection or receipt of upfront fees for credit repair services and require certain upfront disclosures intended to advise consumers of their rights under the law. Yet, many dealerships … appear to have violated every single requirement of these laws.”

Earlier this year, the attorney general reached a $41,000 settlement with L.I. Autoworld Inc., which does business as Generation Kia in Bohemia, New York, after an investigation found that the company fraudulently sold CFI services and other after-sale products. The dealership has returned $16,000 to 24 affected consumers. It also paid more than $20,000 in restitution to a dozen other consumers who were subjected to the dealership’s deceptive business practices.

“They failed to provide sufficient time for consumers to review their financing documents and sometimes failed to give consumers copies of those documents, and enticed consumers to enter into high monthly payments with the false promise that the consumer could refinance in six months,” read the attorney general’s press release.

The attorney general is also investigating Manfredi Auto Central LLC. The Staten Island dealership received a letter from Schneiderman’s office in November 2014 requesting the number of CFI contracts sold and the total revenue generated by those sales. The dealer group said it generated $445,667 from those sales, but when asked to voluntarily product all documents related to those sales, it failed to do so.

On June 3, the attorney general filed a motion seeking to compel Manfredi Auto Group to comply with an investigatory subpoena issued by the attorney general’s office in March. The subpoena requested that the dealer group produce documents related to the sale of the CFI service contract. According to Schneiderman, the dealer group sold more than 1,500 CFI contracts at an average cost of $302 per contract per customer between 2009 and early 2014.

“… CFI instructed staff never to mention to consumers that they were paying for CFI’s services but rather to mislead them by saying that the plan was ‘included in the price of the car’ and referring them back to the dealer,” read court documents, in part. “In fact, the account manager testified that managers spoke openly about how car dealerships were ‘jamming’ CFI’s contracts into the vehicle sales and leases.”

The attorney general’s investigation into the three Paragon dealerships found that, between 2010 and 2014, they charged consumers for CFI’s products and other after-sale items, including tire protection and Lo-Jack, without their knowledge or by misrepresenting that the services were free. They dealerships claim to sell or lease approximately 1,000 new and used vehicles per month.

The settlement agreement requires Paragon to pay $6 million into a restitution fund administered by a third-party administrator. The funds will then be distributed to Paragon consumers who purchased the CFI contracts through what the attorney general called a $500 “settlement card” that can be applied to the purchase or lease of a new or used vehicle, certain services or maintenance, and certain accessories.

In March, CFI and its two principals, Damien Bullard and Michael E. Morgan, entered into a consent order with Schneiderman’s office to dissolve the company. The order prohibits the company and its two owners from marketing, promoting, selling or engaging in the credit repair business in violation of the law or from misrepresenting the services they offer. If they do not comply with the terms, the Bullard and Morgan will be ordered to pay $2 million.