Nomination Deadline for F&I Dealer of the Year Announced 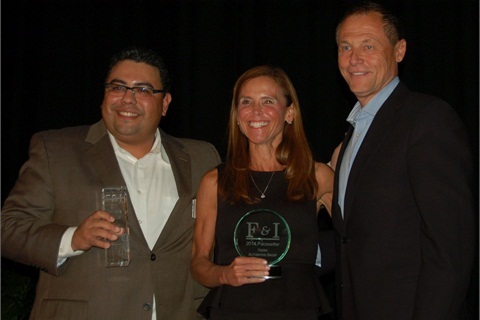 TORRANCE, Calif. — F&I and Showroom magazine has announced the deadline to nominate dealers for its 2015 F&I and Dealer of the Year award. Nominations must be received by July 31, 2015, and the winner will be announced at this year's Industry Summit, scheduled for Sept. 8-10 at the Paris Las Vegas

Dealership employees, general agents, F&I product providers and technology vendors can complete an online nomination form to nominate their dealerships and dealer clients. Supporting materials for a nominee, such as newspaper clippings or awards announcements, can be emailed to gregory.arroyo@bobit.com.

“Once again, we’re looking for a highly profitable F&I department that demonstrates a commitment to regulatory compliance, ethics and a customer-centric F&I process," said Gregory Arroyo, editorial director of F&I and Showroom magazine. "If that describes your dealership, then nominate it today.”

Serving as the sponsor of the award for the fifth straight year is The Warranty Group, previously known as Pat Ryan & Associates. “The Warranty Group and Resource Dealer Group are again proud to sponsor F&I and Showroom’s F&I Pacesetter and F&I Dealer of the Year awards — recognizing those dealerships with outstanding F&I performance that consistently deliver customer satisfaction and a commitment to regulatory compliance.” said Charlie Robinson, president and COO of Resource Automotive, a subsidiary of The Warranty Group Inc. "Keep up the good work and best of luck to all this year!"

Arroyo added: “I’d just like to thank Charlie and his team for once again sponsoring this award. It means a lot to us at the magazine. Their support once again illustrates the company’s commitment to the F&I industry.” 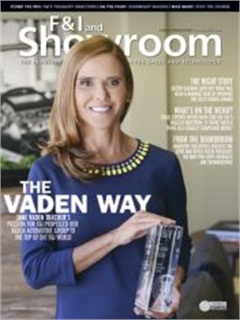 The magazine will first select five F&I Pacesetters of the Year, which will serve as finalists for the coveted F&I Dealer of the Year award. A representative from each of the finalists will then be invited to Industry Summit 2015, where they’ll be honored during a special ceremony to open the magazine’s conference. They’ll also receive a two-night stay at the Paris Las Vegas Hotel, the site of this year’s conference, and a complimentary full-conference pass.

Those selected as F&I Pacesetters will also be profiled in the magazine’s special conference issue and the September edition of F&I and Showroom magazine.

To nominate your dealership or dealer client today, click here. If you should have any problems completing the online nomination form, please e-mail gregory.arroyo@bobit.com.