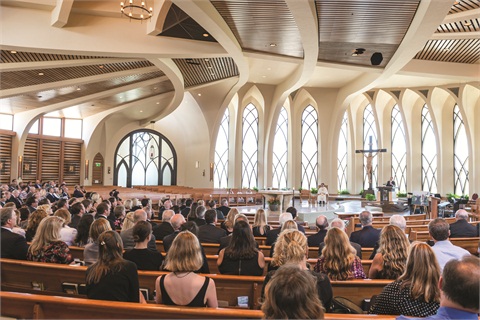 “Ed spent the next few months researching the market. He spotted a segment that was underserved,” recalls David Gesualdo, F&I and Showroom’s current publisher. “So many people had launched dealer magazines, but Ed dug deeper. At the company’s annual sales meeting that June, he surprised us with a mockup of what would become F&I and Showroom magazine.”

The magazine was launched as F&I Management and Technology that October. How it came to be isn’t so different from when Bobit founded BBM — then called Bobit Publishing — with the launch of Automotive Fleet in 1961. And over the next 53 years, his business would grow to include more than 20 magazine titles and associated trade shows and websites.

“No one could find a niche like Ed,” Gesualdo says. “He was the king of niche publications.”

Passing of an Icon
Bobit died peacefully in his sleep on June 29 at the age of 86. The publishing icon was remembered during a memorial service on July 9 in California. His son, BBM CEO Ty Bobit, described the family patriarch as a man who could “fix any problem.”

“My father was always straight with people in business and his personal life,” Ty said.

Brown added: “When Tom Brokaw talks about the Greatest Generation, Ed’s the guy he’s talking about.” 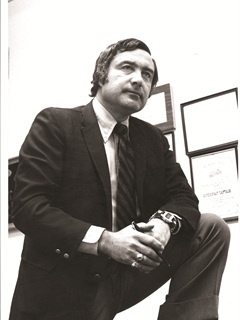 “I had never seen such an outpouring of affection and admiration,” Smith says of the service. “I will miss him, but I am confident his business heritage will live on.”

Hetland adds: “Ed was a trailblazing icon in our industry. With his vision, his media company provided several venues for a segmented industry to work together, communicate, educate and consolidate as one voice to make our niche of the retail automobile industry stronger.”

A New Challenge
By the time he launched F&I and Showroom, Bobit had begun to turn over the reins of his cherished fleet titles to his sales team, which included Brown and Gesualdo as well as Bob Brown Jr., Sherb’s brother and BBM’s Great Lakes sales manager.

“He knew the fleet market so well that at the age of 70 he was ready for a new challenge,” Gesualdo says. “I think one of the main reasons he went after the dealer market is because it reminded him of when he started AF in the early ’60s. It was a new industry for him to learn.”

Bobit sold F&I and Showroom’s coveted front inside cover page to CNA National, and the company has yet to relinquish the spot. Julie Fosgate, CNA’s senior vice president of marketing, remembers the day Bobit visited the company’s Scottsdale, Ariz., offices in 1998. “Ed arrived armed with his trademark smile and a pitch kit that included a sample cover and a rate card, which I still have in my files to this day,” Fosgate says. “He had a compelling story about why we needed to get on board with his concept and become its first advertiser. Long story short, he walked out with a signed contract for a recurring full-page ad. The rest is history.”

Gesualdo adds: “It was his proudest moment. He was so happy to sell the first ad in the magazine. He stayed close to CNA, and over the years he developed a friendship with Julie.”

F&I and Showroom launched with three issues in its inaugural year, with Bobit and Gesualdo splitting up sales and editorial duties. The magazine expanded to six issues in 2001 with the launch of three supplements focused on training, compliance and software. Key contributors included Ron Reahard, president of Reahard & Associates, the AFIP’s Robertson, and then-trainer Ron Martin, now president of VisionMenu.

“Our timing couldn’t have been better,” Gesualdo recalls. “Regulations were becoming a big concern and the electronic menu had just been introduced.”

In May 1998, the State of Washington settled three lawsuits against two credit insurance sales companies for allegedly encouraging dealers to hide the costs of extra products in payment quotes. Reahard, who wouldn’t launch his training firm until October 2001, remembers the period well.

“In this extremely negative and hostile environment, Ed Bobit started F&I Management and Technology magazine,” Reahard says. “To say he changed our industry is an enormous understatement. The fact is, Ed Bobit saved F&I and saved us from ourselves. He changed the perception of F&I. In the process, he changed an entire industry.”

At the time, the AFIP’s Robertson was printing a newsletter for his organization. “The word on the street was Ed was getting into the F&I side, so I went to him and said I’d introduce him to my advertisers if the magazine would become our official publication,” he says. “It turned out to be a good union.”

Putting on a Show
With F&I gaining momentum, Bobit and Gesualdo came up with their next idea: a conference dedicated to the F&I industry. At the time, General Motors Acceptance Corp. (GMAC) was running an annual F&I training conference in Scottsdale, Ariz. Bobit and his sales team met with the man behind the former captive’s event, Louis Carrio. “GMAC was an advertiser and we didn’t want to step on their toes,” Gesualdo says. “So we met with Louis and the rest is history. We conceived, launched and sold the show all in the same year.”

The first event took place in November 2002. It boasted 18 sponsors and about 200 attendees — half of whom were listed as panelists in the show program. “I remember it like it was yesterday,” Gesualdo says. “It was a show that ran two and a half days. We had two rooms, one for the expo and one for all the sessions. And we had 101 people speaking on 14 or 15 panels.

“I remember asking Ron Martin to serve as emcee,” Gesualdo adds. “He asked us how many attendees we expected. I said, ‘Well, there’s you, me and Ed, so we’ll have at least three.’”

It was Bobit who made the call that really solidified the show’s launch. In need of a headliner, he reached out to longtime friend Dick Colliver, a larger-than-life executive for American Honda Motor Co.

“That was a real coup,” Gesualdo says. “Being able to tell companies that Dick Colliver was opening the show gave us instant credibility. We were off to the races after that.”

The success of the event and those that followed helped establish the publication, which became a monthly magazine in 2003. Bobit and Gesualdo hired a string of writers and an agent friend of theirs to serve as a consultant.

“We would write the articles and then send them to the agent a week before the issue mailed,” Gesualdo recalls. “We would have lunch with him, he would give us his feedback, then we would go back to the office, make the changes and put the magazine to bed the same night.”

The editorial team grew with the hiring of Joan Shim and Kristen Force, two young editors who helped run the magazine for several years. Gregory Arroyo joined the magazine in 2006 as its first senior-level editor. Bobit retained his “editor” title and pushed Arroyo to grow the magazine and the conference.

“Greg was our first big gun, our first professional editor,” Gesualdo says.
Bobit relinquished most of his editorial duties in 2010, but he continued to work on the magazine’s annual conference, now called Industry Summit, until the week before his passing. His last assignment was developing the agenda for the conference’s newest educational track, Dealership Sales & Technology.

“He was doing what he loved most, launching a new trade show,” Gesualdo says. “He was a friend and mentor. And he was a great friend to the dealer market. You can’t underestimate the influence he had on the growth of the F&I segment.”

Industry executives echo Gesualdo’s assessment. “I will miss Ed very much. He would light up a room and would always make you feel like you were the most important person in that room,” says Steve Amos, president of GSFSGroup. “He cared about our industry and always looked for people and ways to make things better. Clearly, he was a giant in F&I.”

Charlie Robinson, president and COO of Resource Automotive, a division of The Warranty Group Inc., adds: “Ed was one of the good guys. I will always remember him as being one of those guys who was always positive, never said a bad word about anybody and embraced life the way we should all aspire to do.”