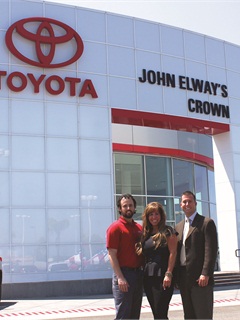 With about 30,000 conversations about car buying taking place daily on social media sites, an 800% increase over the last eight years according to an internal study conducted by Ally Financial, social media remains an alluring yet perplexing opportunity for dealers to move the metal. But one Southern California Toyota store co-owned by NFL legend John Elway dialed up the right play after teaming up with Oakbrook Terrace, Ill.-based SOCIALDEALER on a pilot advertising program.

The social media firm oversaw the $1,000 campaign for John Elway’s Crown Toyota Scion in Ontario, Calif. It ran for 60 days last year from mid-October through mid-December, and the results were eye-opening for the dealership’s General Sales Manager Kara Brinley and Internet Director Mike Miller.

“We ended up with 500 new Facebook fans and 157 offers claimed at a cost of 69 cents per click,” Miller says. “It opened our eyes to other ways of reaching our customers.”

Paid for by Toyota, the pilot mirrored a national advertising campaign the OEM kicked off the day after Thanksgiving, or what marketers refer to as Black Friday. The dealership’s campaign, which promoted the Camry, Rav4 and Corolla models, involved six paid posts and two paid offers on social media that reached 61,783 potential customers.

Located about 40 miles east of downtown Los Angeles, the dealership is co-owned by industry veteran Mitch Pierce and Elway, who serves as CEO and plays an active role in marketing and promoting the store. Pierce and Elway are also partners in three John Elway dealerships in Colorado.

The two-time Super Bowl-winning quarterback also serves as the general manager of the NFL’s Denver Broncos, where he played his entire career until his retirement at the end of the 1998 season. Even during his playing days, Elway operated a thriving auto retail business before selling his Denver-based dealer group in 1997 to Republic Industries, which was the forebear of AutoNation.

Last year, Crown Toyota earned its second straight Toyota President’s Award. And with between 800 and 900 vehicles rolling off its lot each month, the dealership ranks among the Top 60 Toyota stores in the country in terms of vehicle sales volume. But to realize its goal of becoming the No. 1 volume Toyota store in the world, management knew the operation needed to alter its social-media game plan.

Prior to the campaign, the dealership built an engaged fan base of approximately 1,022 Facebook fans using an ad-free posting strategy managed by a third-party firm. The challenge was how to turn those engaged fans into workable sales leads.

The answer was a strategy that paired paid ads on Facebook with the dealership’s organic social-media efforts — an approach marketing experts would have once flagged as a violation of Facebook’s unofficial rules of engagement. But the game changed when Facebook revealed in March 2013 that only 16% of a brand’s fans see its posts if not backed by paid ads. Pay a fee, the social media site noted, and it will ensure that 75% of a brand’s fans see its posts.

“The fall of organic content is creating a challenge for dealers, who are spending all this time posting and no one is seeing it,” says SOCIALDEALER partner and President Phil Penton. “That vehicle now is advertising.” 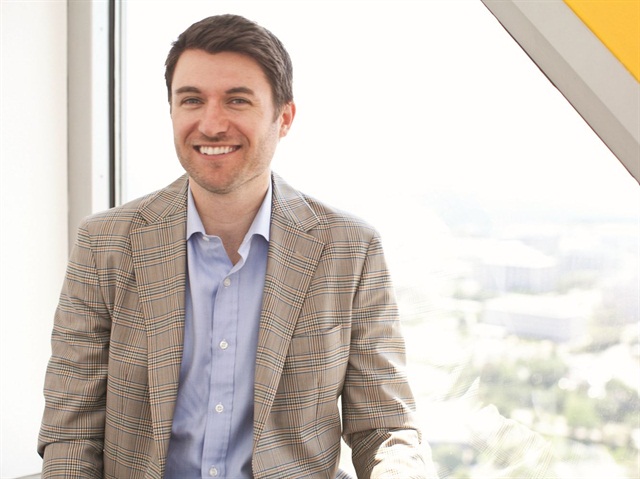 A lot has changed since May 2012, when General Motors temporarily pulled its advertising on Facebook after questioning the impact paid ads on the social network have on car purchasers. Last year, Facebook continued to beef up its investments in mobile, began streamlining its ad products, hired its first CMO, rolled out Graph Search, expanded the capabilities of customer-targeting tools like its Custom Audiences, and partnered with data companies like Datalogix.

The Crown Toyota campaign took advantage of another feature that was released in late 2012 but wasn’t promoted by Facebook until April of last year. It’s called unpublished posts, or what marketers refer to as “dark posts.” The capability, which allows brands to create and promote posts to a targeted audience rather than blast them to their entire fan base, garnered 346 clicks at 69 cents per click during Crown’s two-month social-media blitz.

Facebook’s claimable offers feature, which costs $2.18 per claim, was also employed, with the dealership running multiple campaigns at a time to promote its products and services. The dealership also ran Facebook “like” campaigns to build its Facebook page’s fan base. 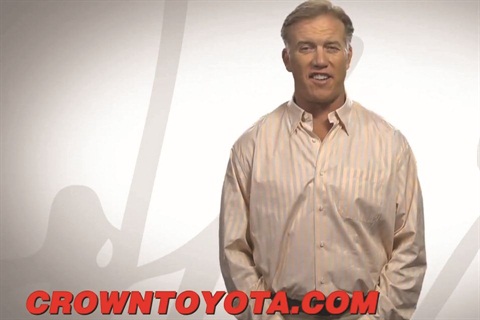 The entire project yielded a 47% increase in the number of Facebook fans and a 286% increase in people reached. It also delivered a 92% reduction in time spent producing social media content, with the dealership pushing out eight paid social-media spots during the campaign vs. the dealership’s 100 organic posts over a 60-day period prior to the pilot.
More importantly, the campaign generated 500 intent-to-buy actions at a cost of about $1 per action. The results prompted the dealership to act, with Miller, who had been selling used cars at the store prior to the program, taking over digital operations as social media and Internet director.

“We all saw how beneficial social media can be,” Miller says, noting that the dealership is already reducing its ad spend on traditional mediums like print media. “It’s trackable and you can see your ROI, what you’re getting for your money. We feel like there’s a lot of opportunity for us moving forward.”

Brinley adds: “The biggest lesson we learned is we have to go after our customers where they’re living, which is on social media rather than the traditional newspaper. We got a reaction and that’s what we’re looking for.”

As Crown discovered, the marketing possibilities are endless on social media. But with the rules of engagement in a constant state of flux, the only certainty is the social-media train won’t be slowing down anytime soon.

Facebook, for example, reported 1.3 billion monthly active users as of June 30, a 14% year-over-year increase. It also reported that the number of daily users climbed to 829 million, a 19% year-over-year increase. Those stats are no surprise to SOCIALDEALER’s Penton, who has high praise for the changes Facebook made to its advertising products.
“Their targeting is way beyond what Google offers on Google AdWords,” he says of Facebook’s Custom Audiences, an advertising solution that allows marketers to target ads based on their email lists and phone numbers, their website visitors, Facebook app user IDs and mobile app users. 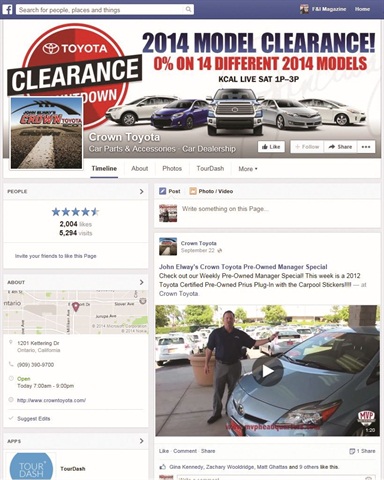 “If you bounce a list of 100,000 customers off Facebook and found a 50% match, that’s 50,000 customers who have bought or serviced a vehicle at your dealership,” Penton notes. “You can create advertisements based on those clusters, offer more service coupons or get people to come and like your page. Or you can post a Facebook ad, a digital coupon and target all the people who like your business.”

Despite his work on social media, Penton admits the results of the pilot project opened his eyes as well. “It showed that you can take massive advertising dollars for campaigns at a national level and take some social advertising dollars and funnel those down to dealerships, which is where sales take place,” he says.

“What we were doing was taking good Toyota branded messages that are on TV, radio and the Internet and advertising those specials on social media,” he adds. “If you target the right consumers, you can put these lease specials and buy-three-get-one-free tire deals and consumers are going to engage with them in the social space.”

SOCIALDEALER’s main offering is a proprietary dashboard that allows the firm’s 22,000 dealer clients to manage and monitor their online reputations and social-media activities. Dealers can also hire the firm’s in-house ad agency to run their social-media campaigns. The firm has also partnered with OEMs like Toyota, BMW and Chrysler, captive finance companies like Ally Financial and dealer vendors like Carfax.

As for the Toyota pilot, Penton says the program revealed the stark difference between organic reach vs. paid social-media advertising. 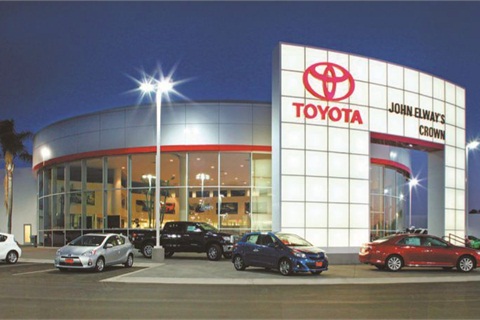 “You can do a lot less and get a lot more back for your money with social media ads,” Penton says. “More people are seeing your comments and asking questions because your content is targeted and designed to drive action. You’re also spending a lot less time pushing out content that is not doing anything.”

The biggest eye-opener for Penton was how much the campaign achieved despite its $1,000 budget, which he described as being “extremely little.” He sees a similar budget being just as effective when targeting customers who’ve owned their vehicle for two years or are coming off a lease. “At that level, you can get great results because you’re drilling down to a smaller subset of the market,” he says.

Crown Toyota’s Miller became a social-media believer as a result of the campaign, and he has a message for those who doubt the channel’s ability to deliver customers. “Take the plunge,” he says. “It’s where your customers are. And the sooner you can master it, the better off you’ll be.”