Stand-Alone Genesis Dealers to Arrive by 2021 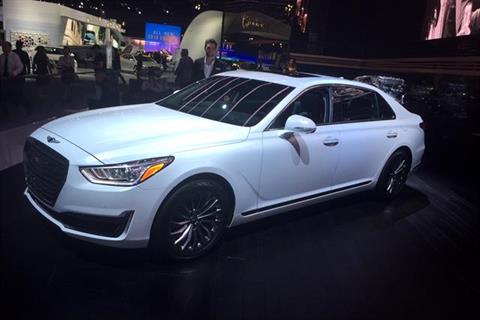 LOS ANGELES — Hyundai's Genesis luxury division hopes to establish stand-alone dealerships for a lineup that will include six models by 2021, according to the automaker.

Genesis began rolling out its first two luxury sedans, including the G80 and G90, in September for the 2017 model year. The sedans replaced the Hyundai Genesis and Hyundai Equus, which were discontinued after the 2016 model year.

By the summer of 2017, Genesis plans to begin selling the G80 Sport performance-oriented sedan as its third model. The brand's fourth model will be the G70, which will slot in below the G80 and arrive in sedan and coupe models.

Following the G70, Genesis plans to introduce two as-yet-named utility vehicles that will be similar in size to the Hyundai Santa Fe and Hyundai Veracruz mid-size SUVs. The Veracruz is now sold only in South Korea.

Genesis has also begun offering an incentive to attract new customers. The company is offering a $1,500 Competitor Owner Coupon. About 300 Hyundai dealerships now are now selling the G80 and G90 sedans.