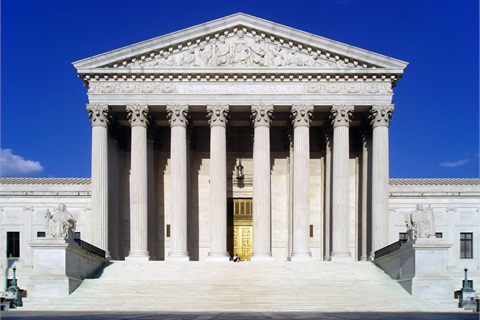 WASHINGTON — The Supreme Court on Thursday morning upheld the use of disparate impact in a fair housing case out of Texas, dashing the hopes of industry insiders who believed a ruling against the controversial legal theory would put a kibosh on the Consumer Financial Protection Bureau (CFPB)’s actions in auto lending.

The case, Texas Department of Housing and Community Affairs v. The Inclusive Communities Project, alleged that the Texas Department of Housing and Community Affairs caused segregated housing by allocating too many low-income housing tax credits to black inner-city neighborhoods and too few to predominantly white neighborhoods. The suit, filed in 2008, claimed that the department’s policies had a disproportionately adverse effect on minorities. Under the disparate impact legal theory, those policies could be in violation of the Fair Housing Act even if their effects were unintentional.

In a 5-4 vote, the Supreme Court held that disparate impact claims “are cognizable under the Fair Housing Act,” according to the court opinion written by Justice Anthony Kennedy, along with Justices Ruth Bader Ginsburg, Stephen Breyer, Sonia Sotomayor and Elena Kagan.

“A disparate-impact claim relying on a statistical disparity must fail if the plaintiff cannot point to a defendant’s policy or policies causing that disparity,” Justice Kennedy wrote. “Courts should avoid interpreting disparate-impact liability to be so expansive as to inject racial considerations into every housing decision. These limitations are also necessary to protect defendants against abusive disparate-impact claims.”

The auto finance industry has been closely following the Texas housing case in recent months in hopes that it might put the validity of disparate impact in question. The CFPB has been using the legal theory to allege that auto lenders like Ally Financial — which the bureau fined $98 million in 2013 — are engaging in patterns of discrimination. At issue are policies that allow dealers to mark up the interest rates on retail installment sales contracts as compensation for arranging a customer’s vehicle financing.

Just this week, the CFPB announced that consumers allegedly harmed by Ally’s auto lending policies will begin receiving reimbursement — more than two years after the finance source reached a settlement with the CFPB and the U.S. Department of Justice. Those consumers have been identified via the CFPB’s much-disputed Bayesian Improved Surname Geocoding (BISG) proxy methodology, which the bureau uses to determine disparate impact to legally protected groups.

“The Settlement Administrator will send packages to certain Ally auto finance customers with an auto contract dated between April 2011 and December 2013 who were identified by the CFPB and DOJ as likely to be African American, Hispanic, Asian or Pacific Islander according to the BISG methodology,” said Ally in a statement obtained by F&I and Showroom. “Many customers will first be asked to confirm that they are part of the affected groups since the CFPB’s BISG methodology often yields inaccurate results.”