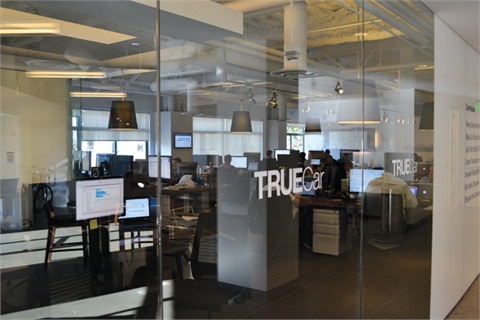 SANTA MONICA, Calif. — TrueCar posted a record $50.5 million in revenue in the second quarter, a 62% increase from a year ago.

This was the first time the company has exceeded $50 million in quarterly revenue, noted TrueCar CEO Scott Painter. In April, the company filed for an initial public offering of its common stock.

“The primary driver of revenue growth was a 55% year-over-year increase in total units retailed through the marketing channel, as TrueCar users purchased nearly 150,000 cars from TrueCar Certified Dealers during the second quarter.” said Painter during the company’s Aug. 8 investor call.

Transaction numbers were up across the board, with transaction revenue increasing 58% year over year to $46.1 million. Revenue per franchised dealer also increased to $6,195 per dealer.

TrueCar also grew its dealer count by more than 400 dealers from the prior quarter to 7,682. Monthly views on the website also rose 72% from a year ago to an average of 4.2 million unique visitors. The firm also increased its market share from a year ago to 3.4%.

“Our exceptional growth highlights the enhanced relevance of our platform as dealers and consumers alike benefit from TrueCar’s mission to bring transparency to the car-buying process,” said Painter. “We have a lot of growth in front of us.”

Painter listed frustrations with the traditional car-buying experience as reason for the site’s growing popularity with car shoppers, noting that TrueCar is working to close the trust gap that has long existed between consumers and dealers.

“Consumers believe that dealers make as much as 20% profit on the sale of a new car when in reality they make somewhere around 2% to 3%,” Painter said. “We’re reintroducing trust and transparency into a discussion that is filled with fear and friction.”