TrueCar’s Painter to Step Down 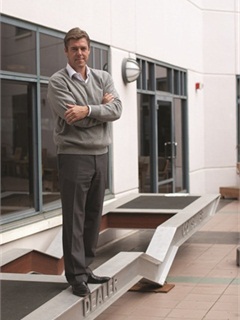 Painter will retire when his successor takes office, which officials said would be by the end of the year. However, the executive will continue to serve as chairman of TrueCar’s board of directors.

"After a decade of building TrueCar from an idea into a public company, I have come to the conclusion reached by many founders and entrepreneurs in my position: It is time for a change," Painter said.

The announcement and disappointing quarterly earnings were preceded by a conference call late last month in which officials revealed the company would fall short of projected revenues and profits. TrueCar adjusted its expectations to account for a drop in sales, predicting revenue of $65 million for the quarter, down from $68 million. Today the company reported total second quarter revenue of $65.3 million and a loss of $14.7 million, or $0.18 per share.

“We had a lot of prospects this quarter. We had enough prospects, we believe, to hit our unit numbers — we just didn’t close enough of them,” said CFO Mike Guthrie on July 28. “We have to keep investing in the experience and in products so we can turn the nearly 900,000 prospects that we had into more unit sales.”

July was a tumultuous month for the car-shopping site, which parted ways with dealer giant AutoNation on July 9. At issue was TrueCar’s request for data covering all of AutoNation’s sales records — including information such as the addresses and phone numbers of car buyers, as well as the make, model and trim of every vehicle sold, among other things.

“We are not interested in sharing our data on our customers with anybody else,” AutoNation Marc Cannon told F&I and Showroom in the days following the split. “And why should we?”

But TrueCar executives said the fallout with AutoNation had little effect on its second quarter results. According to Guthrie, AutoNation made up only 3% of the company’s revenue in the second quarter. The dealer group accounted for 279 of TrueCar’s 9,300 dealer clients.

"It was a tough quarter in relation to our initial guidance," Guthrie told callers today. "Notwithstanding that, we achieved notable successes. Traffic grew by 42% to 6 million unique visitors, and TrueCar Certified Dealers transacted a total of 190,358 vehicles on the platform, a quarterly record. New car transactions represented 4% of total U.S. retail sales in the quarter."

The company also announced that Christopher Claus, former president of USAA Financial Advice & Solutions Group and current director of TrueCar, has been named lead independent director. Claus will be at the helm of TrueCar’s search for a replacement for Painter.

Todd Bradley, a member of the company’s board of directors, had this to say: “We are grateful to Scott for the leadership demonstrated by making this difficult decision."