11 Consumer Groups Ask FTC to Crack Down on CarMax 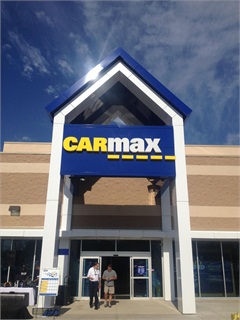 WASHINGTON, D.C. — Last week, 11 consumer groups reached out to the Federal Trade Commission (FTC) seeking action against CarMax. The petition alleged that the used-car retailer’s sales and advertising practices “endanger the lives of their customers, their families, other passengers, and everyone who shares the roads.”

The consumer groups claim that CarMax failed to repair vehicles that have been recalled, even though it advertises a 125-plus point inspection on its website.

“The company even lists dozens of specific vehicle components that it supposedly checks prior to offering vehicles for sale, without revealing that they may be so defective, that they are subject to a safety recall,” the petition read, in part. “It also claims that each car has been ‘renewed’ prior to sale.”

Earlier this month, CarMax issued a letter of opposition to the California State Assembly in regard to Senate Bill 686, a measure that would ban the sale of unrepaired recall vehicles in the state. CarMax called the legislation “significantly flawed.”

In testimony before a legislative committee in Sacramento on June 17, Tyler Kidd, counsel for CarMax, reiterated the company’s arguments. “We do our best with a system that is broken,” he said. “That system hides whether or not the recall is out there from the dealer.”

The legislative battle hasn’t stopped lawmakers from targeting CarMax. On Tuesday, New York Senator Charles Schumer issued a letter to the FTC supporting the claims made by the consumer groups.

“I understand that Consumers for Auto Reliability and Safety and other consumer groups have petitioned the [FTC]  to investigate and take appropriate legal action regarding the advertising and sales practices of the largest retailer of used vehicles CarMax …,” the Senator wrote, in part. “I respectfully request that the commission address the allegations in the petition, launch a full-fledged investigation to determine whether other used-car dealers engage in similar practices, and move to prevent these practices from occurring in the future.”

The National Highway Traffic Safety Administration (NHTSA) currently requires new-car dealers to fix recalled vehicles before they are sold, but it does not have authority to require the same from used-car dealers. The agency is currently seeking that authority from Congress.

A rule issued by the NHTSA in 2013 that will require automakers to post on their website a VIN-searchable database of recalls is set to go into effect in August.