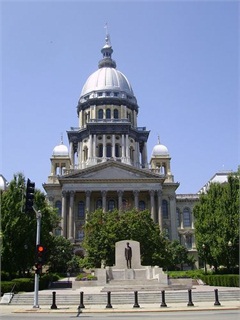 SPRINGFIELD, Ill. — At the request of Sen. Jim Oberweis (R-Sugar Grove), the Federal Trade Commission issued a letter last week in support of legislation that would overturn the state’s ban on Sunday auto sales. The bill is being opposed by the state’s dealer association.

Senate Bill 2629, which was introduced by Oberweis earlier this year, would repeal certain provisions of the Illinois Vehicle Code that prohibits the sale or lease of new and used vehicles on Sunday. The FTC praised the bill, noting that it believes “that repeal of these mandatory Sunday closing provisions will likely be procompetitive and beneficial to consumers.”

Under current law, which has been in place since 1983, dealers who open their doors on Sundays could face a $1,500 fine.

“The existing code provisions effectively ban the sale or long-term lease of both new and used automobiles (except private sales) on Sunday throughout Illinois,” the FTC’s letter read, in part. “They therefore eliminate the possibility of competition among dealers to determine the hours of operation on Sunday that might be most responsive to consumer preferences and most beneficial to automobile dealers.”

The anticompetitive effects of the Sunday sales ban, the FTC noted, are impeded and more costly comparison shopping, a market that is unresponsive to consumer preferences for hours of operation, and diminished competition among dealers for both automobile sales and related services, such as vehicle repairs and parts sales.

“Collectively, these effects may lead to higher prices and reduced output for sales of new and used automobiles and related automobile services than would otherwise be the case,” the letter stated.

However, the Illinois Automobile Dealers Association (IADA) has made clear its opposition to the bill. Joe McMahon, the IADA’s director of government affairs, told F&I and Showroom that the FTC’s arguments don’t hold water.

“We thought [the FTC’s letter] was kind of ludicrous, actually,” McMahon said. “They are saying that the search costs [to shop for a vehicle] are going up. Well, if they're living in the same world that I am, most people go on the Internet to purchase a new car. All franchised dealers have websites that are open 24 hours a day, seven days a week.”

In January, the association released a fact sheet outlining its argument against the legislation. Among the points listed, the association stated that it’s best for dealerships to complete transactions when financial institutions are open. The group also noted that dealership employees benefit from having the day off.

“The guy who sponsored the bill, Sen. Jim Oberweis, he's running for U.S. Senate, so I don't know if he's looking for issues or what,” McMahon said. “But he's saying that the individual dealers should make their own decisions with regards to whether they want to be open or not. And as an industry, we're not pushing for this bill. We like the way the law is currently right now.”

In its letter, the FTC said that while the association’s arguments may explain why individual dealers might choose not to be open on Sunday, “they are not arguments for why a total ban imposed by the state on all Sunday sales benefits consumers.”

McMahon wasn’t surprised by the agency’s response. “They've opposed a lot of stuff related to dealerships over the years. We just don't think their facts are right.”