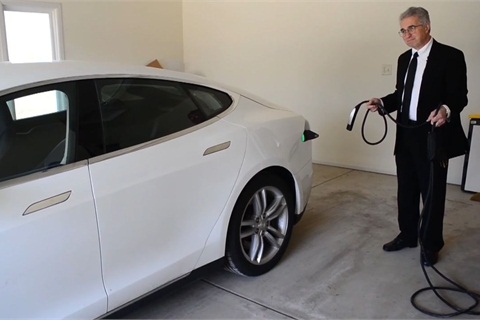 MADISON, Wis. — Wisconsin’s self-proclaimed “King of Lemon Laws” filed a lawsuit against Tesla Motors this week, claiming that the electric automaker failed to refund his client for a defective vehicle.

Starting in November, Robert Montgomery of Franklin, Wis., sent Tesla three separate notices requesting that he be given a refund calculated in accordance with the state’s Lemon Law. According to the complaint filed by attorney Vince Megna on Monday, Montgomery’s 2013 Tesla SP Sedan experienced a litany of problems such as malfunctioning door handles, inoperative controls, fuse problems and failure to start, among others.

“This Tesla turned out to be a lemon and it was in the shop for 66 days during the first five months,” Megna told F&I and Showroom. “[Montgomery] just drives it around town; doesn't even take it out even a hundred miles because you never know when it’s going to break down or not start.”

Tesla did not respond to Montgomery’s notices within the 30 days allotted by state law. Megna, who has been working lemon law cases since the 1990s, said this entitles his client to double damages — in this case, about $200,000 plus attorney’s fees. The Tesla SP Sedan cost Montgomery $94,770 plus taxes and fees, according to the complaint.

The lawsuit garnered media attention on Monday after Megna uploaded a humorous YouTube video promoting the case. The video, which has racked up more than 22,000 views since it was posted, follows Megna as he heads to the Milwaukee courthouse to file the complaint. Along the way, he stops to chat with a cardboard cutout of acclaimed actor and former Tesla owner George Clooney that was seemingly left on the side of the road.

“You were one of the first cats to own a Tesla,” Megna says to the cardboard cutout. “I know you had problems. It put you on the side of the road a lot. Do you need a ride?”

Megna said his office has been inundated with calls since the video was uploaded. In fact, the clip is about to get international attention, as it will be part of a South Korean documentary on American lemon laws, Megna said. The attorney will also be interviewed by Fox News later this week.

The one person Megna hasn’t heard from yet is a representative from Tesla. The company will have 20 days to respond once it is served.

“They are being served in California, so the paperwork is headed out there to be served by a process server,” Megna said. “But they definitely know about it.”