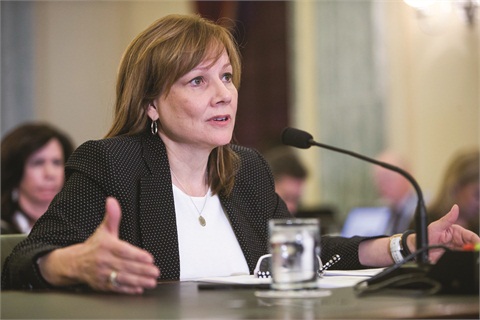 Close your eyes and pick a number between 13 and 500. Got it? Okay, now go before Congress and tell them how many deaths were caused by a defective ignition switch in your vehicles.

I don’t envy Mary Barra. In a few short months, she went from newly minted General Motors CEO and media darling to the impossible position described above. She has been forced to order the recall of at least 2.6 million vehicles for the ignition switch problem and, weeks later, another 1.5 million units that could suffer a loss of power steering.

Worse yet, we don’t really know how many ignitions switched to the ACC position and disabled the airbags in vehicles that crashed. The manufacturer has linked 13 fatalities to the defect. The Center for Auto Safety, a public interest group started by Ralph Nader and the Consumers Union, puts the count at more than 300 people based on federal data.

So, yeah, GM is facing a lot of heat over this. But where was the National Highway Traffic Safety Administration for the last 13 years? According to a report in The Detroit News, U.S. Transportation Secretary Anthony Foxx is asking the same question. He has directed the NHTSA and the department’s Office of General Counsel to conduct an internal review of the agency’s handling of the recall. He did the same after Toyota’s faulty accelerator pedal recall.

Why did the agency decline to investigate the ignition switches after learning about possible issues in 2007 and 2010? Were these bureaucrats asleep at the switch? Were they totally inept at their jobs? Or was it something worse? 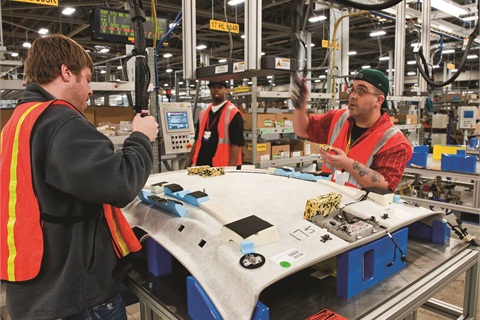 Circle the Wagons
The one certainty here is that, once again, U.S. dealers will have to circle the wagons to bail out an OEM. This is not a GM problem; it’s an industry problem. But I know GM dealers have received multiple letters reminding them of their duty to protect the OEM’s image.

I have a problem with that. Why is it okay for manufacturers to harass you over everything from your facility and office furniture to your employee training program, yet, when they start fires, you get drafted into the bucket brigade? It’s a one-sided partnership. It’s also absurd, hypocritical and a bunch of other words my editor refuses to print.

And then there’s Mary Barra. She barely had time to celebrate her milestone achievement of becoming the first woman to earn the prestigious title of GM CEO, and earn it she did. I believe Barra is one of the most capable executives on the OEM side of our industry. She has incredible talent and insight. She will get the company through this storm. Like all the crises we have endured, this too shall pass.

By the way, isn’t it some coincidence that Dan Akerson handed over the reins months before this scandal broke? The guy didn’t retire, either. He’s just working somewhere else. If you haven’t guessed it, I was not a fan. To me, he was one of the most ­anti-dealer executives ever to reach the top rungs of the corporation. He could give Alan Batey a run for his money.

As I write, GM just announced the power steering recall, bringing the total number of vehicles GM has recalled since the start of the year to 6.26 million. And that announcement comes days after the automaker recalled an additional 662,000 vehicles due to the ignition problem, bringing that total to 2.6 million.

And here’s something else to consider: How many faulty ignition switches are sitting on the shelves of parts suppliers, distributors and dealership parts departments? How many aftermarket companies have copied them? We may not have heard the end of this story.

As you can tell, I have no sympathy for GM right now, mainly because of the way it has treated dealers in the past. The bottom line is they shipped millions of cars with bad parts. And it doesn’t really matter what Ford or Toyota have done in similar situations. This is about GM. And according to the company’s federal filing in March, its executives knew about issues with ignition switches as early as 2001. The filing did not make clear whether the issues raised then are related to this year’s recall. I would like to know.

I know I sound anti-GM, but I truly love the brand and its dealers. They build great cars, and I should know; I personally own several. But aside from Barra and Mark Reuss, the company’s president, I believe their top management team has a lot to prove. 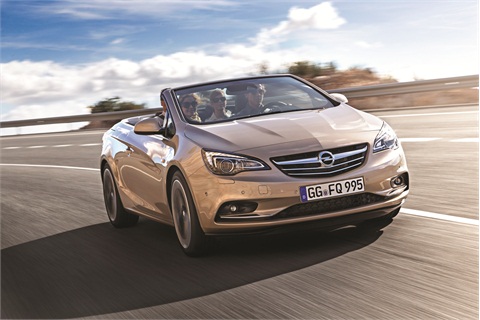 Sprechen Sie Buick?
I really did not intend for General Motors commentary and opinions to dominate this entire article. That being said, another industry news item caught my eye. It seems that GM’s Germany-based Opel division (or is it a subsidiary?) announced they will begin building at least one Buick model for export to the United States.

I have written about this repeatedly over the last two decades. GM keeps trying to put U.S. badges on Opel products. Remember the “Caddy That Zigs”? How about the other dozen or so German-built failures they asked U.S. dealers to sell?

Opel has bled money out of every artery. Its very existence confounds me. They just announced they are going to stop sending Opels to China because they sold fewer than 4,500 units there last year. Excuse me, but GM sold more than 800,000 Buicks to Chinese buyers — who appear to be excellent judges of quality — in the same year. That announcement followed the news that GM decided to pull the Chevrolet marque out of Europe, blaming weak demand in a weak economy.

So why do we insist on propping up the Germans? And why is Opel, with its whiny-ass unions and constantly rotating executive management team, going to build Buicks in Germany and export them to the U.S.? Eminem’s “Imported From Detroit” commercial was a big hit. Quick, somebody call the most famous rapper in Germany!

Meanwhile, another German carmaker, BMW, is planning a $1 billion expansion of its Spartanburg, S.C., plant. Japanese and Korean OEMs are expanding their U.S. manufacturing operations as well. They’re avoiding the taxes and tariffs associated with import units, enjoying our superior economies of production and promoting goodwill among American car buyers. Makes sense to me. 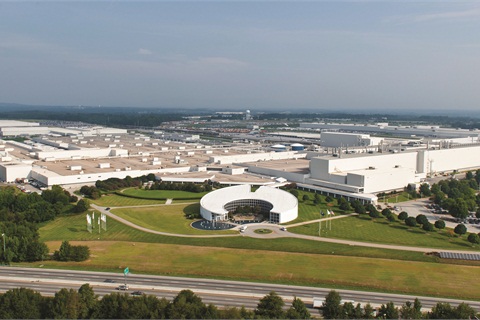 The Perils of Powerbooking
Every time a dealership draws a heavy fine from a government agency — or, even worse, when a dealer or manager is incarcerated or prosecuted — for regulatory violations or deceptive trade practices, it’s always the same story. All together now, you know the words: “But we’ve been doing that for years.”

I can stroll through virtually any dealership in the country and fill a shopping cart to overflowing with evidence that your dealership is breaking the law in multiple areas. I am not a compliance expert. I’m just a layman with a working knowledge of what you can and cannot do in the course of operating a car dealership. A real expert could probably fill two shopping carts.

Any serious misstep has the potential to cost you dearly if a government agent comes knocking. Most dealerships have hundreds of privacy document violations sitting out in plain sight on desktops and in the sales offices. We develop bad habits because government agencies so seldom enforce the laws or investigate or inspect your dealerships. But they are active. Every day is a roll of the dice.

Most recently, the Federal Trade Commission’s Bureau of Consumer Protection has been on the move again. They have been showing up at dealerships nationwide, performing surprise checks for the federally mandated buyers guide that should be displayed on every pre-owned vehicle on your lot. It doesn’t matter whether you claim the paper blew away or fell down into the window. Your fine is $11,000 per unit. And if you advertise in Spanish, you must display a version in that language as well. Your company is liable, and those rascals at the FTC are naming dealer principals as defendants. Some dealers have been let off with a warning. Others have been prosecuted and fined.

Another popular target is a practice that has been around much longer than the buyers guides. Powerbooking is the fine art of listing nonexistent equipment or upgrading the trim level on the credit application to get the bank to loan more money. Folks, are you seriously still doing this? What about overstating the customer’s income or otherwise filling the app with false or exaggerated information? Both practices are federal crimes, and I know several managers who were caught last year. They were arrested, jailed and had their property and bank accounts seized pending disposition in the courts.

It doesn’t matter who misrepresented the vehicle or the customer. It is usually the person who submits the deal to the bank or finance company who takes the hit. Your F&I director must ensure that every car you sell is booked out correctly and the income is verifiable before they submit it to the lender. If they complain about the extra work, remind them whose butt is on the line.

These are the two most prevalent things we know government agencies are actively inspecting, investigating and prosecuting around the country right now. You might get away with doing something for years and never have a problem. But how many times would you have to get caught, fined or jailed before it would ruin your day?

I do what I can for my dealers, but I strongly recommend that every dealer hire an attorney or a compliance expert to audit your practices on a regular basis. 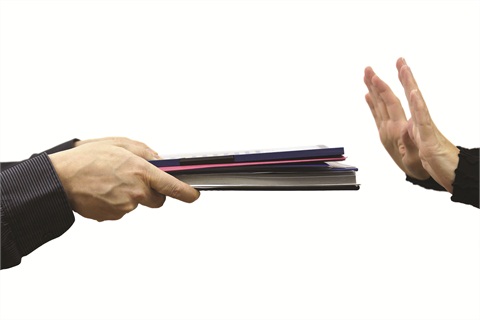 May Flowers
Easter is around the corner. I don’t know about you, but the Alpha Dawg household is ready for spring. We took my little granddaughter to the neighborhood Easter egg hunt last Saturday and temperatures were in the 40s … in Atlanta. That is not supposed to happen. The dogwoods should be blooming by now. The poolside grills should be firing up all over town.

I have heard a lot about sales being off in cities that were hit with severe winter weather. The way things went this year, you can’t even write that off as a regional concern. But I still think those ambitious annual sales forecasts will come to fruition. Untold thousands of car buyers stayed home in January, February and March. They’re still in the market, and your BDC and sales teams need to work them for appointments now that the sun is shining.

I am leaving tomorrow to spend a couple days training and consulting at Rusty Eck Ford in Wichita, Kan., then I will start preparing for the Sales Management Super Conference coming up in Dallas in May. It’s time to get your management and sales departments tuned up and attitudes and skills adjusted. Business is back and you need to be ready.

Once the madness is over, Debbie and I plan to take a Thanksgiving cruise to the Caribbean. It will be our first vacation since 2008 that wasn’t tacked onto a business trip. What can I say, dear? The readers need me. Please keep those comments, emails, letters and phone calls coming. Your thoughts are welcome whether you agree with me or not. It’s never personal. I appreciate hearing from you. Thanks for your support and readership. 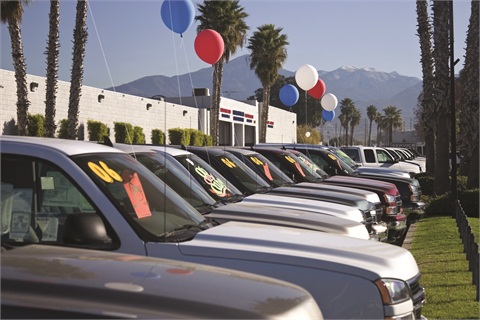 Jim Ziegler is president of Ziegler SuperSystems Inc. and one of the industry’s most recognizable experts, trainers and speakers.
JZiegler@AutoDealerMonthly.com